Facebook’s blockchain boss, says the main goal of Facebooks Libra is to create a more smart and swift payments system. Facebook is working on the different options for Libra. Due to the controversial cryptocurrency project along with criticism from regulators and political leaders, David Marcu, facebook block chain boss on Sunday reportedly said there could be different approaches to the Facebook digital coin Libra. It includes using multiple cryptocurrencyies based on different national currencies like US dollar. 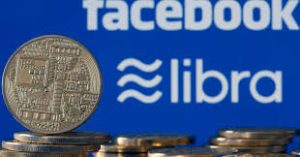 “We could do it differently,” Marcus said during a banking seminar, according to Reuters. “Instead of having a synthetic unit … we could have a series of stablecoins, a dollar stablecoin, a euro stablecoin, a sterling pound stable coin, etc.”

Marcu said having multiple “stablecoins that represent national currencies” is one choice for Facebook Libra that should be considered but it does not mean to suggest the group’s new preferred direction, according to Reuters. Marcus reportedly said the main aim is to create a more efficient payments system.

Libra captured the attention of and took a hit earlier this month as several of founding members of the Libra Association, the nonprofit overseeing the project, dropped out which include Mastercard, Visa Card, Stripe, eBay and PayPal.