Google is planning to deal with Firework for video sharing app. Good has started conversations with fireworks for video app which allow users to share 30 seconds video clips. The other world leading companies are also interested to get this particular app.

You know Google is market leader and loves to stay ahead in the market. This is the main reason to acquire attractive 30 second video sharing app that could stop TikToK a fast growing video sharing app.

Firework is interactive, reliable, easy to use and free smartphone app for users, which allows them to share 30sec homemade videos with their friends and others. Millions of people are using Firework. They are making high quality, short videos through user friendly interface and interactive story telling experience. The Firework video is pretty much similar to the TikTok.

Currently some people are saying that deal price is not final yet and some even say these discussions will not lead to any result. 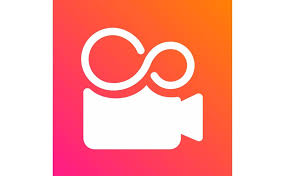 Some other reliable sources say that Google is offering the best price to acquire this deal and is very keep to make it final. The China company Weibo similar to the Twitter or you can say China’s Twitter version company is also showing interties to purchase Firewrok video sharing company. But till date the deal is not final yet.

Although the discussions of the web are increasing the regulatory heat on Google. It’s not that fragile to step back as google wants to show their dominance of the technology landscape to the World.

Google is the part of Alphabet Inc. That already has acquired a big deal to acquire YouTube 13 years ago and has turned it into the World’s famous and the best online video platform for users. The YouTube stats is saying that “In every passing minute 500 hours of new content is uploaded to YouTube” Now you can imagine the popularity of video uploading YouTube in around the world. This is the not the end of YouTube story one more thing and that is the YouTube is adding up 20% in Aphabet’s annual advertising revenue. As well as all you know the world of online video is in search in the companies that offer the best and easy to use way to share their personal home made video like TikTok.

Today then popularity of short videos are increasing day by day. The current trend is to share home made video over the smartphone, so you can say the short video is literally on the trend. Just imagine every one person in 10 persons is using the TikTok on their smartphones to enjoy their free moments and fun.

TikTok has taken the right decision at the right time. The Chinese company TikToK has utilized it perfectly and has been a massive hit in the market video apps. 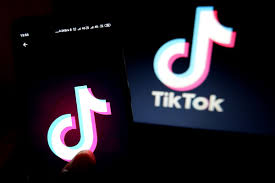 That’s the great thing about these short term videos. Tiktok has utilized it correctly and has been a massive hit in all the video apps.

TikTok is an Android and iOS media video app for designing , creating and sharing comdy, short lip-sync and talent videos. This app was launched in 2017 by the leading Chinese company ByteDance.

Now generally specking Google is not only one who is striving hard to cover the short video space but lots of other world famous companies are trying to make this deal final especially with Firework.

Google wants to remain market leader in all aspects of IT world and stay ahead of all its competitors. So, it is a strategy of Google to not leave a single space for competitors to fill it. YouTube higher management are presently involved in the discussions to acquire firework.

Firework app was launched last year by the former employees of Snap Chat, JP Morgan Chase & Co and Linkedin. The company represent says that “millions of people have downloaded the app to share the video” With the help of Firework app the users can share all types of videos such as guitar instruction tips, mountain biking, funny clips, comedy and more. This site has two billion monthly users.

Let’s see what happen the future of this deal either Google will successfully to acquire the Firework. The Google is acquiring Fireworks to compete with TikTok in future.

previousIntel vs AMD. Which is better for you? Features Explained
nextFacebook Libra efficient payments systems