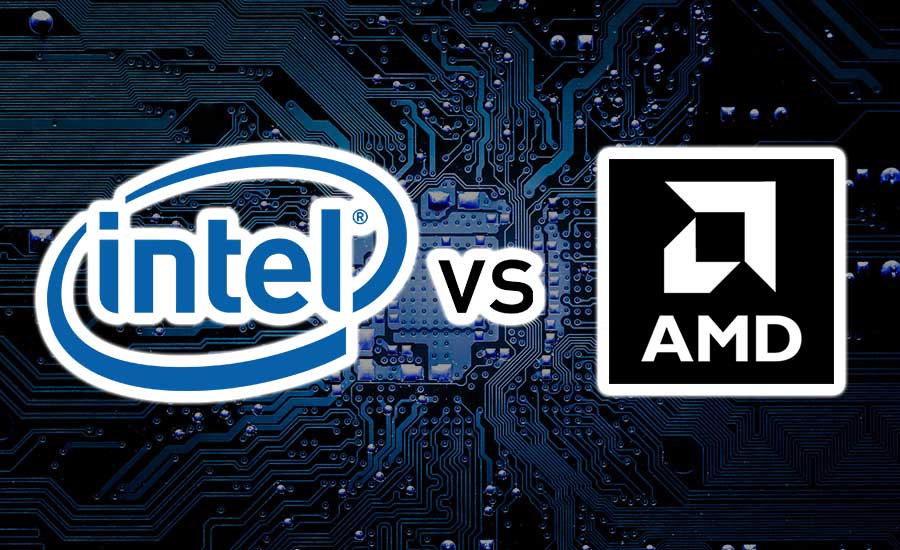 Intel vs AMD. Which is better for you? Features Explained

When it comes to buying a laptop or PC you have only two real choices for your CPU maker once is Intel Corp and the rest is only Advanced Micro Devices Inc.(AMD). These are the two main players in the computer brains market. Both companies have been working in this field nearly 50 years ago. During this long time period, no other major player has been able to manufacture the brain of the computer. You may have seen some time that Intel is the best choice as compare with AMD and in the next day someone is sharing his experience about the better performance of AMD processor. Off-course, this is a confuse situation. It will frustrate you when you go market to buy your Laptop or PC.  You find yourself in a difficult situation that which one is better. AMD or Intel.

In this article we will take a look at the history of competition between these two major CPU market players and try to explain the best features of both processors. At the end of article you will get the valuable information that will help you to choose the right process for your Laptop or PC as per your choices. Let’s start.

Intel CPUs & AMD CPUs designed in differently architecture. They work on  methods and adopted the unique process. If you ask me which one is better, I just only say that both are equally good and offer outstanding performance in their domains. The choices are yours, either your choice Intel or you go for AMD CPU it will depend your needs and preferences. 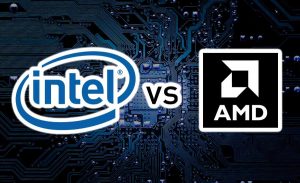 Some Unique features of Intel & AMD

The Intel & AMD CPU come with some unique features that are described in details in the following lines. Let’s explore different features of both brands.

Core frequency – The Intel CPU shows the better speed as compared to AMD CPU, but it does not mean that the Intel CPU is better than AMD process. The Intel process has more work cycle per second as compared to AMD CPU, but not the amount of work done in per second. On the contrast the AMD has a lesser work cycle, but it process more data per second. Thus, this feature impresses the users.

Socket Type – Due the different socket type  and unique pin configuration you cannot use an Intel and AMD CPU on the same mother. The circuit pattern and the number of connection pins are not matched with easy other. Even in same brand a specific model can use the different pin configuration place and method from another model. The new AMD chip comes with 938 pins and uses the AM3 socket whereas the Intel chip is designed with 1366 pins and uses the LGA1366 socket on the motherboard. Thus, when choosing the AMD or Intel CPU, make sure the accurate socket type of your laptop or PC motherboard.

Price factor – The Intel processor comparatively comes in the higher price probably because Intel uses more L2.L3 cache in their processor. If you have a plant to save your money without affecting the performance buy the AMD processor.

Performance – Intel offers better performance as compared to AMD. However, where you require more graphical processing capability than you should go for AMD. For gaming the AMD chip is the best solution you will get the better graphic performance, but you have to use ATI graphic card with AMD processor.

Multitasking features – Intel processor uses Hyper Treading technology that accelerates multi tasking, where as AMD does not use such kind of advanced technology that helps with multi-tasking. However, this Intel advantage only valid when your application or software support multi tasking.

Conculsion – By exploring the features of both processors, I recommend you Intel in terms of better performance and speed than AMD. If you want to save your money and want to use AMD cpu for gaming purpose than AMD-ATI CPU graphic yield a better performance than Intel cpu. Now it is your decision.