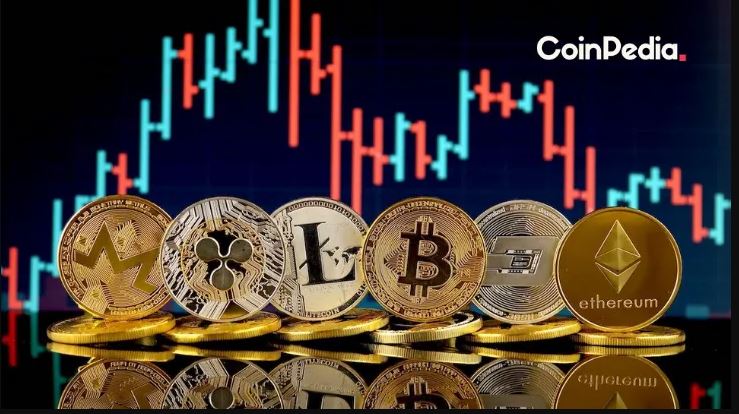 The New ERA Of Market Currency

Cryptocurrencies or virtual currencies are digital money acting as a medium of exchange just like normal currencies but with a motive of exchanging digital information. Surprisingly it is not issued by any central authority making it impossible for the governments to snatch from us.

What exactly is cryptocurrency?

Cryptocurrency is one of the hottest topics discussed on the Internet. The cryptocurrency ecosystem is said to be growing at an exponential rate as people are investing head over heels.

These are known as digital assets or digital money which are used to make purchases online. We exchange real money to get coins or tokens of the selected cryptocurrencies. It feels like a modern-day gold rush where cryptos have caught the public eye and everyone is making and losing dollars.

A cryptocurrency exchange is a platform that allows its users to convert fiat currency into cryptocurrency and vice versa. The exchanges also allow the conversion between different cryptocurrency tokens. They play an integral role in the cryptocurrency industry as it would be nearly impossible to trade and use crypto tokens without them.

Cryptos are exchanged from one person to another on the internet. There is no existence of middlemen or intermediaries in this process. Once you buy your cryptocurrency online it is saved to your digital wallet usually in the app. You are provided with a unique code that is used to sign off the purchases made by you.

What is a Decentralized Exchange?

A decentralized exchange is a platform that eliminates the middleman and allows the users to trade cryptocurrency directly with one another. This ensures that the traders are in full control of the funds at all times of the transaction.

The decentralized exchanges eliminate the risk of hacking due to the distributed network of the nodes. They also overcome the issue of server downtime which is faced by the users during trading.

They provide an open and transparent network that makes crypto trading accessible to everyone. Several decentralized exchanges are already live and offering peer-to-peer trading across a range of cryptos.

How is a DEX different from a Centralized exchange?

1) Faster and Cheaper Transactions: The decentralized exchanges can perform faster transactions as it eliminates the involvement of third-party. It also helps in the reduction of the overall fees associated.

Shiba Inu Is Aiming To Replicate Dogecoin. Just Like How Foregoing Turned It From A Meme Coin Into A Money-Making Machine. It Also Has The Same Logo As Dogecoin And Works On The Same Process. That Is Why It Is Popularly Called The Dogecoin Killer.

How does Cryptocurrency Work?

Cryptocurrencies operate on blockchain technology which is a medium to store and record digital transactions in a secured and more permanent way. Just like banks keep a track of our transactions, here the algorithm keeps the track of the currencies being issued.

Cryptocurrencies rely on cryptography majorly for secured transactions and monitor the creation of additional units. Each user has a payment destination that is secured by cryptography. It provides a technology that cannot be broken or decoded without the proper key.

Cryptocurrencies are a global phenomenon now and one can say that it is taking over the market very well.  Surely it has positive traits but the risks involved cannot be ignored as well. The price volatility and fluctuations are a real thing and also unpredictable hence knowing your risk factors before stepping into something is a major recommendation.